A Journal-News analysis of nuisance properties in Butler County’s largest communities — Middletown, Hamilton, Fairfield and West Chester Twp. — found many of the properties that registered the most nuisance complaints have one of two things in common: Either the people who used to live in them became too old to care for them, or died, and families or others were unable to keep up the properties. Others were victims of the Great Recession.

The neighborhood eyesores can be hazardous to health as well as a burden on government budgets. They can also bring down neighboring property values and be havens for crime.

About 100 homes in Hamilton and Middletown will be torn down this year, using federal Hardest Hit Funds. The Butler County Land Bank already has spent nearly $7 million in state, federal and local funds to demolish about 600 unsightly structures in the two cities. The cities have used a variety of funding sources, including land bank funds, Community Development Block Grants, other federal money, and local general funds.

A study the land bank initiated this year shows investing in blight eradication is working. The study shows it has had a positive influence on property values in Hamilton and foreclosures in Middletown.

Of the 10 properties in Middletown that have registered the most nuisance violations since 2013, nine have been demolished and replaced by grassy plots of land.

William and Jennifer Carter, who live across from where 717 Sixth Ave. used to stand, were glad when it disappeared.

“I think it’s fantastic,” William Carter said. “It’s a good thing. It wasn’t real shabby, but it was about to be. It was a haven for people to strip the property.”

“I’m real glad it’s down,” said Jennifer Carter, who hopes the city will work to pressure owners of another property on the block to improve that one.

Like dentists pulling infected teeth, city leaders hope to stem any slides in property values to the neighbors that could be caused by unsightly buildings or lots.

Some properties razed in recent years were crime havens, City Manager Doug Adkins told the Journal-News. Others were harbors for vandals, mold and rot.

“Each would have its own story,” Adkins said. “Some were crime and prostitution problems. Others were theft and break-ins. Others were simply decay, mold, broken windows, etc.”

“The demolition has left holes in the neighborhood, which long-term is a problem,” Adkins said. “The short term for us was that the properties were causing blight and crime problems with no one available to stop the slide. Houses that were marginal when they went into foreclosure sat vacant for 2-5 years and had roof leaks, mold, break ins, arson fires, theft of appliances, copper, etc, until they got to the point where it no longer made sense commercially to put the house back together again.”

The exception in Middletown is the former Lincoln School at 2402 Central Ave.

The building “has forfeited to the State of Ohio and it is not in great shape,” Adkins said. “We’d probably assist in a renovation that made sense, but it may end up in demolition.”

A fire in early December last year at the former school was called “suspicious” by the city’s fire chief.

A list of the 10 properties with the most nuisance complaints in Hamilton since 2013 includes two buildings in the 900 and 1000 blocks of Maple Avenue, an area the city is targeting to reduce crime and blight. Those buildings haven’t been torn down, but they both are next to ones that have been leveled in recent weeks.

The property at 905 Maple Ave. had the most complaints in the city, with 40, according to city Health Commissioner Kay Farrar. In most cases, violations are uncovered after complaints from neighbors.

Amy Dowler and others from Vickers Wrecking of Trenton worked this week to tear down the building next door at 917 Maple, with a fire hose in use to keep down dust and prevent fires amid the crunch of wooden rafters and the tinkle of breaking glass.

Dowler said she wonders who might have lived in these homes.

“You see kids’ names and kids’ toys, and you wonder how many families lived here,” Dowler said. “Or maybe this was Grandma’s house.”

“We’ll seed and straw, and make it a nice lot,” she said. “It’s beautifying the town.”

Carl Barger, who lives on the city’s West Side but is familiar with the Maple Avenue area, recalls decades ago when the house being torn down was very nice. The owners at the time “really kept it up,” he said, but younger people later moved in, and the property’s fate suffered.

“That’s a shame people tear these buildings up,” Barger said as he and his Dutch shepherd, Fella, watched an excavator vehicle rip the building down.

Compared to Middletown and Hamilton, West Chester Twp. and Fairfield tend to have newer homes in higher price ranges. The younger age and higher cost of those homes may be what translates to fewer nuisance violations.

West Chester Twp. is home to more than 23,000 housing units with more than 80 percent considered owner-occupied, according to Township Administrator Judi Boyko.

“In any given season, the township has to declare and process maybe one to two dozen properties as public nuisances, meaning more than 99.9 percent of West Chester’s properties are maintained to community standards,” she said.

“West Chester is fortunate residents tend to properly maintain and care for their property and hopefully continually invest in them to retain property values,” Boyko said.

In Fairfield, several properties had their lawns cut by the city because the owners weren’t doing so.

As Tanya Oler this week cut the lawn at her mother’s home on Lake Manor Drive in Fairfield, she said the grass next door “gets really, really high,” even though the city has it cut.

“It’s a nuisance, that’s for sure,” she said. The trees and bushes in the property’s back yard make it difficult to cut her mother’s lawn because they encroach through the fence, she said.

There seems to be good news for the neighborhood, though: A new roof has been installed on that home and a large trash container sat in the driveway this week, loaded with debris from inside the gutted house.

“This is the third (container) they’ve taken out of it,” Oler said during a break from lawn-cutting. “I’ll be glad when they’re done with it.” 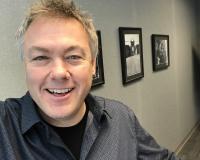 How To Increase Your Zestimate On Zillow - Determining the value of your home
Why Not To Skip A Home Inspection - In a highly competitive market,
Amenities Buyers Are Seeking For - Buyer know what they want: Homes
The Junk Drawer - The Junk Drawer by Stacey|

In just a few seconds, you will be searching just like a Realtor®

A word from Chris Russell, CEO of Plum Tree Realty:

"One of my greatest passions is to use our real estate business to help alleviate suffering in this world. So we take proceeds from Plum Tree to help orphans, feed the hungry, heal the sick and hurting, and to aid the homeless ... both in the States and abroad. We are not about "getting rich." We are about making a difference. So when you do business with Plum Tree Realty, you can know that a portion of your money is going toward helping those on this planet who are in need of help. Together we can make a difference!"

To help people realize their dreams in home ownership and real estate investing through the highest levels of broker services at the most affordable prices available.

Integrity in every relationship, decision, and transaction.
Truth in word and deed.
Hard work that keeps us ahead of the competition.
Sacrifice of our own interests for the gain of our clients.
Commitment to excellence in every task we perform.
Respect for all people.
Giving to those with whom we work.
Areas of Expertise:

Of course, we also have great skill in helping buyers and investors find foreclosures, short sales, bank owned homes, and other great investment properties in the Greater Cincinnati Metro Area as well. Many of our agents are investors themselves, so they are great at helping other investors be the first one to the "golden egg."

We also have agents who specialize in helping families who are relocating to Cincinnati, Mason, West Chester, Blue Ash, Madeira, and any of the other regions in Southwest Ohio. It's great to have "feet on the ground" when you are looking to make such a move.

Plum Tree Realty has also become quite a favorite company for those who like to try to sell their home as a For Sale By Owner in Cincinnati as well. The reason for this is that we offer a $500 flat-fee listing to home owners who would like to sell as a FSBO, but they would also like to have a presence on the Cincinnati MLS search for homes for sale. Most FSBOs miss that exposure, but for just $500, we can help them get listed on the Cincinnati MLS and find buyers at the speed of ... the internet!

While most brokerages feel they have the best agents in Cincinnati, we truly believe that we are at the top. Many larger companies like Sibcy Cline, Remax (RE/MAX), Coldwell Banker West Shell, Comey & Shepherd, and others are at a size that makes it difficult for them to react to the markets and changing times at a great speed. Since Plum Tree is smaller, we are able to respond to market conditions rapidly and efficiently which gives us a disting market advantage. Remember: "It's not the big who eat the small; it's the FAST who eat the SLOW!"

How To Increase Your Zestimate On Zillow

Why Not To Skip A Home Inspection

In a highly competitive market, some buyers may take drastic measures

Amenities Buyers Are Seeking For

Buyer know what they want: Homes that are move-in ready and designed f

"I highly recommend Chris Russell at Plum Tree. The house selling process was seamless with his help. I am very grateful for the option to do the flat fee listing Plum Tree offers. It was the best choice for me to transition to from wanting to sell by owner. From the beginning, Chris was promptly responsive and the process was customer/user friendly, quick, and efficient. His services were a blessing to me in my house selling process."

This is a list of your favorite properties. We will email you if a property is reduced or leaves the market.

This message will go directly to the head of our team.